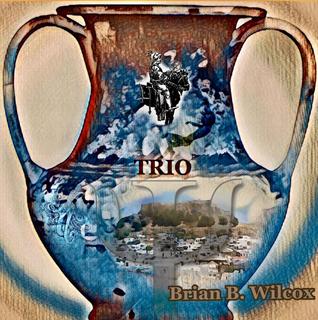 Much has been made and written about the benefits of finding your purpose in life. I have never had to struggle with this until now.
You see, I have known my purpose in life since I remember knowing anything; I am a witness. That's all, really, just a witness. The two real skills I was born with have been blessings as well as curses. I am a natural empath and a prolific lucid dreamer, and I use these skills every day for good or ill. Good for those I serve, often ill for me.
I have been a prison psychiatrist for the state of New Jersey for many years. It was always at the New Jersey State Prison at Trenton. It is a nightmare of a place, made worse by the fact that it is the oldest prison in New Jersey. Its halls and policies are as draconian as they ever have been, even now at the end of the twentieth century.
Within any psychosocial work, there are multiple realities. Shades of experience, genetic memory, and brain function all serve to us different realities. For example, I will ask you this question: When you have a dream, is it real?
No, you say? Did you say it from reflex, without thinking it through? You would be in the majority.
Most people would, and do, say it's just a dream, that it isn't real. Isn't that what you were told as a child when you woke up shaking and crying from a night terror? The shaking and crying were certainly real, were they not?
The experience of having a dream is very real and measurable. The content and affective reaction to the content is subjective, but the phenomenon of having a dream experience is objective and quite real. The distinction I want to make clear to you right now is that there are indeed different realities. People have known this and operated within this paradigm since there have been people on this earth.
The distinction I work with in my practice of psychiatry is that of ordinary reality and non-ordinary reality. Both are valid, and the impacts both have on the human psyche are very real.
So, enough psychobabble for now. This is a remembrance. It is a memoir of sorts. You see, I am at the end of my career and I need to tell you about the intensely disturbing and intensely fulfilling experience I have had with my final patient in this hellhole of a prison, the final patient I will have anywhere, I believe.
My name is Acacia Patel. I am half Indian and half Greek. My father imparted the myths and stories of his heritage as did my mother. In the tradition of my role model in psychology, C.G. Jung, I have used these archetypes, symbols, and guidelines in my case formulations. But never so deeply embedded as I have used them with inmate 4970-6E, Demetrios Hellas, also known as Trio.
I have been relieved of my position as a result of accusations of unprofessional conduct. Was it? You can make your own decisions as I describe the work with Trio and the methods that I relied upon to get into his head and mollify the effects of his traumatic history. What I know about this man is extensive. What I witnessed from him, and through cognitive regression and my own lucid dream incubation, put him in my head as much or more than I got into his. There are so many ghosts in my head, and I cannot please them all. All I can do is try to reset by gathering other witnesses: you.
The story I am going to tell you is about tortured souls. The story of Trio is simply a contemporary Greek tragedy; the difference is that it is not told by the poets, but by a clinician, albeit a very unorthodox one. The story to be witnessed in its fullness must move across time and across realities. I am undaunted by this, as was Trio. We invite you to be as well.
Let's begin with the first day inmate 4970-6E and I met.

For The Blood of Pigeons
Roulon Balbozar, clandestine operative for the French Foreign Legion must find and recover a cache of stolen rubies.